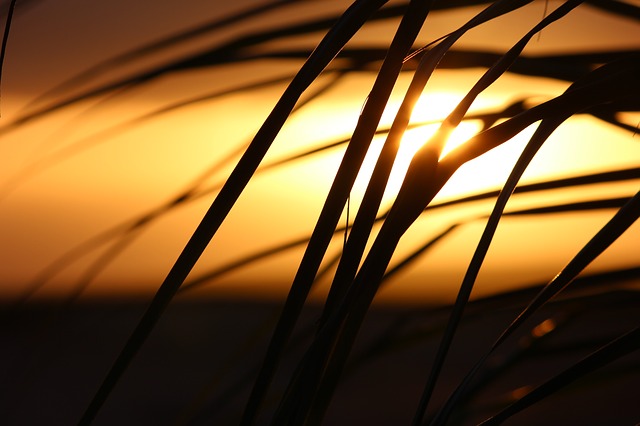 Note:  Eyric is one of the main characters in the first book. This is a piece of her back story.

Eyric used to love the jungle. It was the only thing she had ever known, a deep seeded part of her. It had been her source of not only food, clothing and shelter, but a salve for her soul. She had been connected to it. But that had changed two years ago.

Her love of the jungle was the one thing she thought she’d never lose. Now she was numb to it. It no longer felt like home – just a place to live. There was only one thing that made her feel a hint of life, and that was the sunrise. Whenever she had a bad night, she could get up early and go to her favorite spot on the hill where she could watch it.

She wasn’t sure exactly what it was about the sunrise that made her feel better. Perhaps it was the symbolism of newness. Maybe she was just distracted by the bright light. But this past night had been a bad one, the same awful dream replaying. She needed the sunrise more than she had in awhile. Snatching a piece of twine from the small table beside her, she pulled her auburn hair back.

Eyric paused by the door to ponder her slept-in clothes. Not worth the effort, she decided. Despite her objections to herself, she allowed her mind to replay her dream as she left the hut and started up the path.

It was a rainy night. A fair distance up the path, but still within sight, she could see her husband, Bodu, rushing to the aid of a young girl who was being abducted by two men clad in animal skins.

Bringing his staff down quickly onto the head of the first man with a sickening crack, he could immediately focus on the second, who turned in surprise and swung his sword at him in a wide, clumsy arc. This he dodged effortlessly, then planted the end of his staff straight into the other man’s face.

“Go!” he said to the girl, pointing down the path toward the village. She quickly obliged, escaping just before two more men jumped out of the bushes. None too pleased about the young man standing between them and their prey, they came at Bodu together, each wielding a rusty sword.

“Bodu!” Eyric cried out as she started down the path toward the melee. She saw a smirk form on Bodu’s face as he side-stepped and parried the stroke of the one on the left, then caught him by the back of the knee with the other end of his staff, knocking him to the ground.

The middle man drowned out the first one’s cry of pain with his bestial yell as he jumped over his partner, sword raised high.

Almost nonchalantly, Bodu brought the end of his staff up right under the man’s jaw, eliminating his opportunity to bring his sword down with any force.

As he collapsed to the ground, the first man got up and turned to face Bodu, who had circled around back to his original position, looking even more confident than a moment ago.

“No! No! No! Look out!” Eyric yelled to no avail. She was still no closer, though she ran with all her might.
As the injured man approached Bodu with his sword, she watched helplessly as another sword swung at him from behind, slashing a deep gash into his shoulder and arm.

Turning with a mixture of shock and anger on his face, Bodu struck his opponent so hard with his staff that it nearly knocked his head off.

He turned toward the remaining enemy who was now approaching more confidently. With blood pouring down his left arm and side, Bodu’s sense of urgency showed on his face.

The remaining man seemed to gain confidence from the gash in Bodu’s shoulder. He lunged with his sword, but Bodu parried it, knocking the sword to the ground. The skin-clad man tried to run, but Bodu’s staff caught his right knee, crushing it. Before he could fall to the ground, the next swing crushed his left knee.

“Live in shame,” Eyric heard her husband say before he turned and stumbled toward the village.

As she neared her spot, Eyric scolded herself for letting it run on so long. It would never change. What happened happened. She wiped the tears from her eyes as she rounded the corner and climbed the stone stairs.

Alone in her sanctuary at last, she sighed her relief and sat on the boulder at the top of the hill. Her mind wandered again, but she stopped herself. She did not need to relive the resulting infection and slow death he had suffered. He was gone, and no matter how many people were there for her, she still felt alone.

Wiping away more tears, she looked out to sea where the pastel glow was just beginning. “New,” she whispered involuntarily. Her quiet word hung in the air as her eyes widened in surprise. She shook her head. Today was the second anniversary of his death, and nothing felt new. “I should be stronger than this,” she whispered. “How long until I heal?”

She knew the One would hear her whispered words. Although she hadn’t felt his presence in a long time, she never doubted he was there. She only whispered because she didn’t want anyone else to hear. She was in emotional hell and embarrassed about it. She had always fancied herself the strong one. People used to come to her for emotional support. Now she was in need and too proud to ask for it.

“You must let it run its course.” She rehearsed the advice she had received from so many people in the last two years. “Only time heals these wounds. And it’s best to have a little help from people who love you.”

She focused her attention back on the horizon, trying to force her mind to stop churning. The pastels of the sunrise were more pronounced, and a brighter glow was forming where the sea met the sky. “Almost there.”

She gasped as the clouds slowly formed into a man’s smiling face. It looked like Bodu to her, though she was sure someone else might see a different thing entirely. “I’m well.” It was Bodu’s voice, she was sure of it. “It’s time for you to live again.”
She couldn’t believe it. Did the One just give her a gift? Did Bodu really just speak to her? Even though she had always believed he had gone to be with the One, it was different hearing it from his mouth. Even a cloudy mouth.

She watched as the face slowly became clouds again, the smile fading last. She pondered his brief words. So like him. He had rarely spoken more than two whole sentences at once. He was a man of action, not words. And he was happy now.

Happy? And what about her? At first, she was offended. How could he just tell her to move on, as if it was a simple thing? Did he have any idea what she had been through the last two years? She grumbled and looked at the horizon again. No longer sad and despairing, she was angry. Her brow furrowed as she studied the spot where the sun would soon rise, eyes squinting in anticipation.

It hit her suddenly as the sun peeked over the ocean. Maybe it was the idea of rebirth and newness offered by the rising sun. Maybe she had finally gotten the idea through her head that she would see Bodu again. Really. As much as she hurt, she was so proud of how selfless he was in saving the little girl. How disappointed would he be when next they met if she spent the rest of her days wallowing in self pity?

That was it. Something clicked in her. She would see Bodu again and he would be proud of what she had done with her life. Proud of her for following his example. Tears trailed her cheeks as she smiled and watched the sun melt out of the ocean. Maybe she would survive this day after all.

When the sun had risen fully, she rose as well. As she started for the stairs, she smiled. It was back. Although it was just a foothold, Eyric felt something she hadn’t felt in two years: she loved the jungle.