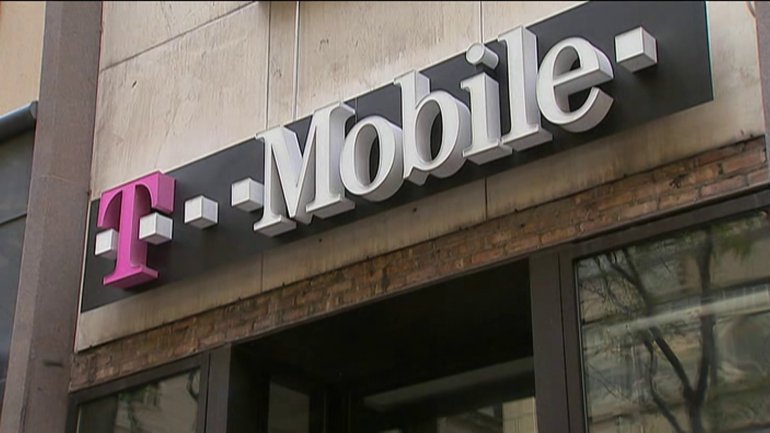 A few years ago, my family decided to switch from Verizon to T-Mobile. Financially, it was a no-brainer. We got new smart phones, a data plan and unlimited talk and text for less than we would pay for feature phones without data at Verizon. Feature for feature, T-Mobile seemed like a much better deal and their coverage map indicated that we were in their area. Also, the sales associate explained how wifi calling would fix our problems if we couldn’t find service somewhere. I’ll just say up front that I expected a worse network compared to Verizon. I expected to have to use wifi calling sometimes. I was willing to sacrifice quality for a significantly lower bill.

So I went back to the T-Mobile store after discussing these things with my family. I had done plenty of research ahead of time and talked to a sales associate a few days before, so I knew exactly which phones and plan my family wanted when I walked in the door that day.

Initially, things went as expected. I explained everything I wanted and we got started setting it up. About fifteen minutes into this process, their internet service went down. After being assured that it wouldn’t hurt anything, we continued on paper. Ultimately, the transition went poorly because of this, but I didn’t think much of that because it was my decision to proceed in a non-standard way.

I realized later that this was only an initial glance at a half baked provider. The bad process of switching to them would be the rule rather than the exception. First of all, we technically had “service” out where we live, so T-Mobile hadn’t lied to us. However, that “service” was erratic at best and would result in dropped calls and random periods of outage. No problem. This was expected. I helped everyone switch their wifi calling on so they could make calls over wifi.

What T-Mobile won’t tell you about wifi calling is that it’s not as smooth as they claim. Sometimes your phone gets stuck switching back to the mobile network. Sometimes this means your device requires a reboot before you can call or text.

The other thing they won’t tell you about wifi calling is that it is very taxing on your battery. Also, the reason you need the feature in the first place is another reason your battery will suffer. If you’re on the fringe of the T-Mobile coverage area, your phone will constantly be trying to connect to the strongest signal. All of this switching drains your battery.

The result is that rather than switching automatically and reliably, it became my responsibility to remember to switch between networks depending on the area in which I found myself at any given time. This lead to many circumstances in which people couldn’t get in touch with me because my phone wasn’t connected to anything because I forgot to switch something back on. And my non-geek family members had trouble figuring out what they were connected to or why their phones were doing bad things.

I might be able to find a way to live with that circumstance. I might be able to train my other family members and do a better job of getting to and staying on the correct network. Had this been the only issue, I might have been able to justify the hassle because of the savings on my bill.

But there were more problems. I went into the store one day to pay off one of our phones and the sales associate informed me that we could all upgrade our phones to better ones and essentially go on paying the same monthly payment we had been paying. So I went home and discussed this with everyone else and we decided to do it.

I signed on to the website and began selecting new phones. Their website is crap, by the way, but no more crap than any other wireless carrier. They could all do with some lessons on how to make a user-friendly site. This aside, the explanation of what upgrading meant was not conveyed properly and we ended up ordering phones that did not qualify for the trade in offer.

I won’t put sole responsibility on T-Mobile for this, but a poorly designed site and a very poor explanation of what qualified for the special deal resulted in a mess. I certainly could have spent more time verifying this. However, after spending the better part of a day researching and another day switching everyone over, I wasn’t about to spend another day undoing it and shipping all the new phones back. Had it not been for Ebay, I would have ended up paying for two phones for everyone. Thankfully, the first set of phones were cheap.

While everyone was happy with their new phones, we still had poor signal, especially in our rural house. After doing some research, I went to the T-Mobile store and got a wireless repeater. This would allow me to put the receiver in the spot that got the best signal and re-broadcast that throughout the house. There was a $25 deposit required, and I would get that back if and when I returned it.

So I brought it home and set it up. After a little time spent finding the best spot for the two pieces of the device, it seemed to be working. The receiver had good signal in the best spot in our house, and the transmitter was reaching most of our house. All phones were showing good signal and we had no trouble making and receiving calls that day.

Turns out we had really good reception that day. After a few months of usage, we weren’t particularly happy with it. Sure, our phones thought they had a great signal, but that was only the signal from the transmitter. The signal coming in to the main receiver was still very weak and frequently was only one bar or non-existent. But we didn’t know it because our phones had multiple bars. So calls would drop or not come through at all. Text messages would sit there trying to go out. Our phones didn’t know to switch to wifi. Ultimately, we decided this was worse than knowing for sure that we didn’t have signal. So I took the device back and got my deposit returned.

My last hope was the new 700Mhz band that T-Mobile bought. This new band was to make their signal go through walls and boost the strength, which made me think things might get better out where I live. The implementation came and went and I saw no improvement in signal strength at home, and only marginal improvement in buildings when I was in the city. An easy decision was made at that point. It was time to switch.

I signed on to the website to make sure my phones were paid off only to discover that the extra money I had been paying every month in order to pay my phones off faster was being paid forward to future bills instead. Oy. The extra I had paid should come close to covering my last bill, so I didn’t worry about it too much. So I started paying off phones. This only worked for two of them, though. On the third, I ran into the problem where my credit card company was concerned about so many charges to the same place so close together. There was no option to pay off all of my phones at once.

This required yet another visit to the T-Mobile store, where I was able to pay off the rest of the phones. While I was there, I made sure to ask about unlocking them. I didn’t want to have trouble when I tried to move them to AT&T. The store associate assured me that they were already unlocked. This turned out to be incorrect.

While I was at the AT&T store switching all of my phones over is when I discovered that the phones weren’t unlocked. This resulted in the switch taking more than twice as long as it should have. We had to call T-Mobile and have them unlock each phone. Oh, and by the way, iPhones take 24 hours for this step (yet another reason not to use them). (Sorry, couldn’t resist the jab.) So instead of spending less than an hour in the store and walking out with working phones, I had to inform my family members that they may have to go a full day without service of any kind.

That was rather annoying. But my family was finally all switched over within 24 hours and we discovered something amazing. Phones can actually have signal in most places. Things can actually work the way you expect them to. And my battery, which used to barely make it through a day, can easily last for two days now. Yes, I’m paying more money now, but it’s definitely worth it. Having a phone that actually functions as such should not be a surprise.

And if you thought that was the end of it, you’re wrong. I received a final bill from T-Mobile the other day claiming that I still owe them for two of the phones that I paid off. Now I have to find time to go argue with them and show them my credit card statements. Lovely, huh?