The Mouse I Thought I Wanted – Revisited 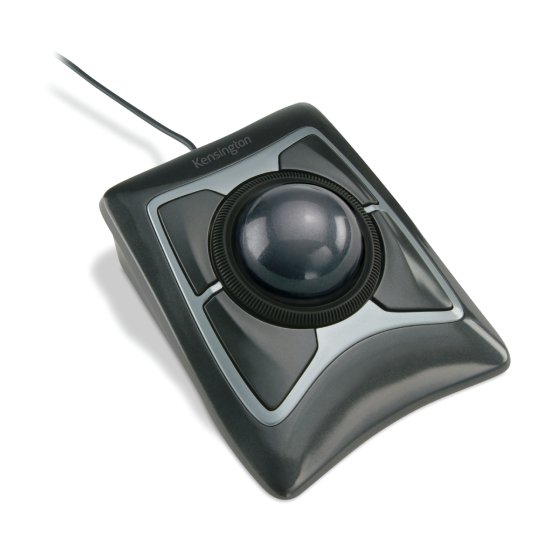 If you read this post, then you know I was very disappointed with the Kensington Expert Mouse. My financial situation was different at that time, so I had opted for an open box from Microcenter. The item had been purchased and returned, so I got it for about half the original price. I ended up returning it. One thing that nagged at me after my original review of this mouse was that it may not have been a representative example. After all, the previous owner had returned it as well.

After getting a new job and paying off some debt, I found myself with a little more disposable income than before. Just this past week, I found a new one on Amazon for under $80. Much better than the previous $99. Now that Kensington has come out with a wireless version of the Expert Mouse (not sure why I would want a wireless trackball), the price of the wired one seemed to be dropping most places I checked.

I just received it yesterday and have been playing with it since then. I have a different opinion of the mouse now, and I’ll share what’s different.

First of all, I stand by my original assessment of the ball. The larger, heavier ball makes for a better experience compared to the Orbit. It easily spins and allows me to shoot the pointer from end to end of my dual monitor setup with one quick movement. I can aim more precisely and control the ball more easily with multiple fingers when I choose.

The buttons are better than my original review. I don’t know if it’s because I recently upgraded to Ubuntu 16.04 or not, but my system automatically configured the buttons. The bottom buttons are left and right click. The top left button is middle click and the top right is back. That’s certainly convenient. Better than the previous unit, the buttons feel just right to me. Not too firm, but not so soft that I accidentally click them.

If this mouse has a downfall, it’s the scroll ring. It’s a little perplexing that Kensington allowed this to happen. It’s a far better ring than was in the unit I bought last year, but it still has a gritty feel and doesn’t spin like the one in the Orbit. It is much smoother and doesn’t catch like the previous one, but it takes a lot more scrolling to get to the bottom of a page of Amazon products, for example. It’s certainly not unusable like the previous unit I tried. I wouldn’t go straight to “good”, but I’ll call it “okay”.

UPDATE: Over time, the scroll ring has become a little less gritty and spins nicely. All things considered, this is still my favorite mouse of any type. Even after trying out the Kensington SlimBlade, I’m happiest with the Expert Mouse.

Now that the scroll ring is simply not-as-good instead of unusable, it’s no longer a deal killer. It is very close to the mouse I hoped it would be. Kensington, if you’re listening, combine this mouse with the scroll ring from the Orbit, and I’ll be your first customer. Until then, I’m keeping this one.