Ex-Apple User Surprised by a ThinkPad 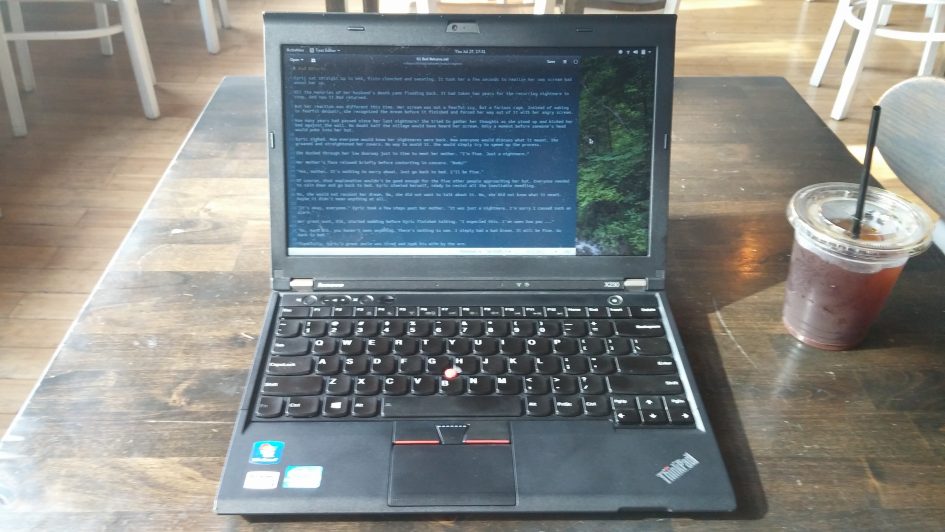 Yes, as a matter of fact, I did say ex-Apple user in the title. While OS X (and now MacOS) was never my favorite operating system, the overall user experience on a MacBook Pro used to be unparalleled – at least in my opinion. But in recent years, Apple’s attempts at innovation have become increasingly gimmicky.

So when I found myself in the market for a laptop, I opted to avoid the debt necessary for a new MacBook Pro – especially in light of the new features I did not like. And with used MacBooks costing as much as new PC laptops, I couldn’t justify purchasing a used MacBook. Plus, because my company-supplied laptop handled work-related projects, my only real need for another laptop was for my personal writing projects that I didn’t want to put on company hardware.

So I began my search. But first, let’s get the operating system thing out of the way. I use Linux, not Windows or MacOS. Even when I had a MacBook Pro, I tended to use Linux more than Mac. So for me, the difference between PC and Mac is primarily a hardware difference.

My initial search was half-hearted, because based on previous experiences, I questioned the quality of a lot of the PC brands. And a trip to Best Buy confirmed that doubt. The consumer-focused PC laptops are downright awful. Mediocre specs or wild attempts at “cool” features rendered them mostly useless to me. Turns out, if you want a laptop for actual work, you have to look for business class laptops, which are generally not available at consumer electronics stores.

I finally found some business class laptops at Micro Center, which afforded me the opportunity to play with some of them. They were much better than the consumer laptops I found at Best Buy – anti-glare screens, better specs, rugged. But I was still put off by the price. Significantly less expensive than a MacBook Pro for similar specs, but still too much to induce debt spending. After all, I wasn’t convinced I would be happy with a PC laptop.

Given that I only needed this machine for my writing projects, I decided to look into used laptops. So after a fair (extensive, and probably unhealthy) amount of research, I opted for a used ThinkPad X230 on eBay for $155, to which I added a $60 stick of RAM – a $215 total. I installed Linux and started playing around. I expected a run-of-the-mill Linux-on-PC experience where some things worked and some didn’t. What I discovered was that everything worked with no tweaking. In fact, I preferred this $215 ThinkPad over my company-provided MacBook Pro from 2015.

Here are a few reasons why:

Once I discovered how much I liked the ThinkPad, I purchased a battery upgrade for $70, extending my battery life to 7+ hours and bringing my total to $285. And I liked it better than the $1,000 2013 MacBook Pro I was offered (and gave to my son instead).

So the laptop I bought with writing in mind became my daily driver for pretty much everything I do on a computer. Color me surprised – and happy.