Why You Want a Mechanical Keyboard 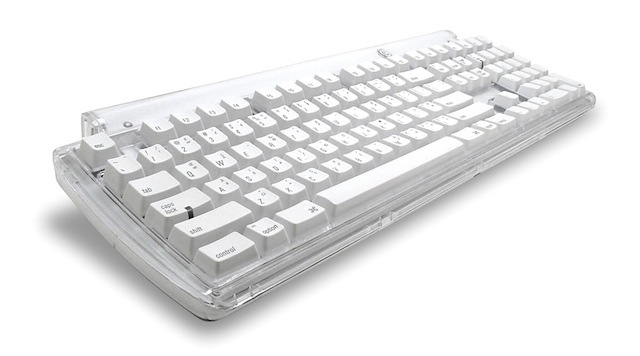 Most computer users tend toward what’s already there. Windows, Internet Explorer and Google Search are prime examples of this tendency. It’s a sad truth that most people don’t realize they have a choice, and even if they do, they don’t have the time or energy to research and evaluate their options.

Keyboards are no exception. The majority of desktop computers today are sold with rubber dome or scissor switch keyboards. They’re cheap and most consumers don’t know what they’re missing. Even when you order a computer online and have optional keyboard upgrades, the options are limited to low profile or more expensive rubber domes. A little history would help to explain this.

In the early days of personal computers, keyboards were large, expensive devices. They consisted of a sturdy printed circuit board with mechanical switches and a sturdy case. Each switch had it’s own diode, which meant that each key press could be detected on its own. This quality came at a price and these keyboards cost well over $100. When the price of the average personal computer generally ranged between $2,000 – $5,000, this additional price was negligible.

However, as computers dropped in price, consumers were less willing to shell out $100 – $200 on a keyboard. And manufacturers were under pressure to produce complete systems for under $1,000, which didn’t leave room for an expensive keyboard.

Enter the rubber dome membrane keyboard. The circuit was printed on a series of flexible membranes and the keys were supported by rubber domes instead of springs. All of these components are very inexpensive, resulting in a great deal of keyboards available for under $20.

Today, we’ve become accustomed to the idea that most keyboards on the market are of either the rubber dome or scissor switch variety. Rubber domes are most common in desktop keyboards, while scissor switches are the dominant switch in laptops and low profile keyboards.

They may be cheap, but there are several shortcomings in these keyboards.

Mechanical keyboards address the shortcomings of the common mass market keyboard in the following ways:

As consumers, we are accustomed to hype and higher prices for products that don’t deserve them. You don’t always get what you pay for. But when it comes to keyboards, a mechanical option is clearly a better product for the price and will last quite a bit longer. The only thing remaining is to choose one, which I’ll address in another article.